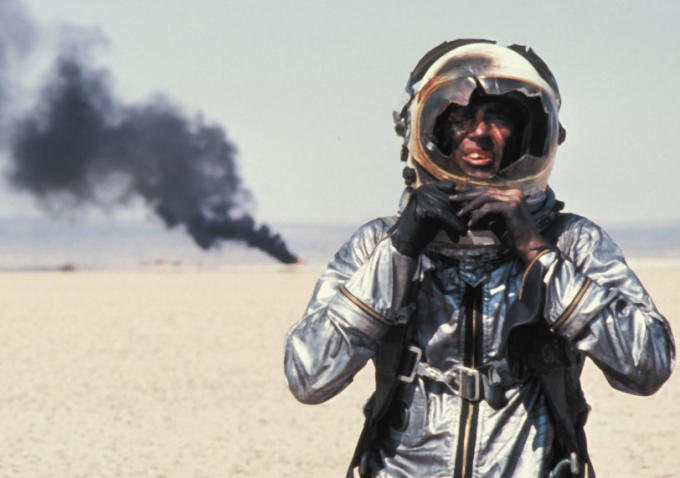 In an interview self-described as “epic”, famous entrepreneur (and personal idol of mine) Elon Musk, founder of Paypal, SpaceX and Tesla, described to Salman Khan (Khan Academy) the difficulty of starting a business. A particular passage stuck with me for some time: “You have to do what the company needs you to do, not what you like to do”. The quote sounds almost silly. Obviously, you are working for the company, so why would you do anything besides the what the company needs?

Of course, this statement is trivial for simple businesses (bakeries, coffee shops…), where the business model is well established, and dictates unambiguously each and every task you have to perform. Either you do these tasks or there is no business.

In more complex organizations, like startups (where the business model has to be invented), but also in very large companies, the number of degrees of freedom for an employee or a leader can explode. People have many relevant tasks on their plates, and they have to constantly prioritize them to decide what to do next. Additionally, there might be many different ways of proceeding for any given task.

People tend to think of large companies as rigid, bureaucratic structures where everyone has a mission and fulfills an established list of top-down directives. The large company’s power supposedly comes from its large headcount, its capacity to have everyone push in the same direction, and the standardization of all its processes, coming at the cost of a larger inertia and rigidity, and causing a strong resistance to change.

My experience differs significantly from these stereotypes. I found Airbus to be rather chaotic. Missions and goals often unclear, teams stepping on each other’s territories, causing endless conflicts. The matricial organization naturally leads to employees having more than one manager (two at the very least). Instead of a “solid” monolithic structure, in which atoms are tied and all move together, it felt more like the state of a “liquid” phase, where atoms move in random directions. The inefficiency came more from friction than inertia. Although liquids have inertia too.

In complex organizations, it is not unusual for people to work on multiple projects at the same time. These projects might be of very different natures too. And each has its own leader, of course. Some might also work on cross-project projects (developing methods and tools for example).

In such context, with so many degrees of freedom, one has to constantly arbitrate between many possible actions, which could all arguably add more or less value to the company. Unfortunately, objectively evaluating the value added by a particular action is very difficult (evaluating costs, on the other hand, is almost trivial). So, you have to guess what adds more value. And the guessing is largely contaminated by a number of factors:

At least in a startup the first point is out of the way, as there’s probably not enough money to pay too many managers. As a founder, or co-founder, the second point is also out of the way, as your interest and the one of your company are the very same.

But the third point remains potentially a big problem, even in small businesses. How do you make sure that decisions are taken purely based on what adds more value, and not what causes less pain?

Unfortunately what adds value generally costs pain. This is the general sense of Elon Musk’s quote. Being very productive means being able to endure a lot of pain. Sometimes you may love something that is dreadful to others, but this is rather uncommon. A fairly good rule of thumb is that something that does not feel hard is probably not very valuable.

Of course, being passionate about your work is a good way to produce value at a lower cost in pain. But it works only to a limited extent. It is only natural to get sick of candy when working in a candy factory.

Traders are not passionate about their job (I mean, are they?), and yet they seem to add a tremendous amount of value (assuming value and earnings are remotely related, which is another debate). I’m guessing the reason of their high price on the job market is not as much their wits as their ability to endure a massive load of pain.

What is especially tricky is that what is hard is not necessarily obvious. People are extremely good at lying to themselves into thinking that they do something hard. Engineers love to think that building sophisticated number-crunching Excel spreadsheets is hard. It is not hard. It is just complex. Sometimes (OK, many times), seemingly-trivial tasks have more value that crunching numbers in Excel. Tasks such as answering a particular e-mail or even just picking-up the phone and calling someone you should talk to, for one reason or another.

Yet, every day, crucial phone calls are not made because of “more important” number-crunching tasks. Sometimes, of course, it goes the other way around and you struggle to get an important number crunched, because of “more important” meetings to attend to. Working as a team, learning new methods are also things that are much harder than they look. We gladly work alone and stick to our own ways and habits when possible, even when it means sacrificing efficiency, or even reinventing our own wheel.

The point is: we trust our personal judgment to define and prioritize our actions. We probably shouldn’t. The problem is not just that we do the wrong thing. It is also that we sincerely believe that we are doing the right thing. As with Alcoholics Anonymous, the first step of fixing the problem is admitting you have the problem.

Interestingly, various methods and processes were invented to properly arbitrate between various tasks with the clear objective of maximizing added-value and efficiency. The Lean and Agile methods are good examples of such, and have been adopted by both large companies and startups.

Critics of Lean and Agile might say that these processes are too generic. One-size-fits-all approaches cannot adapt to the complexity and context of all projects. In Airbus I was very skeptical of the introduction of the Agile method to run part of our business. I knew how specific and down-to-earth our problems were, so how could such a generic method help?

In fact neither Agile or Lean ever seemed to help at all. Not because of the methods themselves, but rather because they were never seriously implemented in the company. They were mostly just taken in for their catchy names and trendy reputations. Agile was often understood as a process were you could work however you wanted, as long as you had a “product backlog” spreadsheet with specifications rephrased as “user stories”. I read afterwards about both methods and discovered their deep relevance. I was surprised because I had progressively labeled them as “Bullshit” seeing no real result coming from them.

Lean is actually brilliant. The lean startup by Eric Ries is a must-read, even for people working in very large organizations. Observing that most startup projects fail, a “Lean startup” works as “Build – Measure – Learn” feedback loop, which core objective is to figure out what should be built. The “Measure” part is real measurement, performed with real experiments on real customers. Guessing, personal judgment and subjectivity in general are taken out of the equation. There is no middle ground here: Lean has to be implemented the whole way, or not at all (or people just call it bullshit).

Applying Lean is far from easy. It takes a lot of discipline, time and energy to institute. But, as a reward, it solves the problem of arbitrariness, adds objectivity and credibility to the project, and convinces people to all push in the same direction. I wish I’ll see that in action for real one day. It must be thrilling.

In any case, there won’t ever be a free lunch. Lean only tells you what to do. It is still up to you and people with you to accept the discipline and endure the pain of following the rules. It takes a special something to do that. Something guys like Elon Musk definitely have… Something I like to call “The right stuff”.