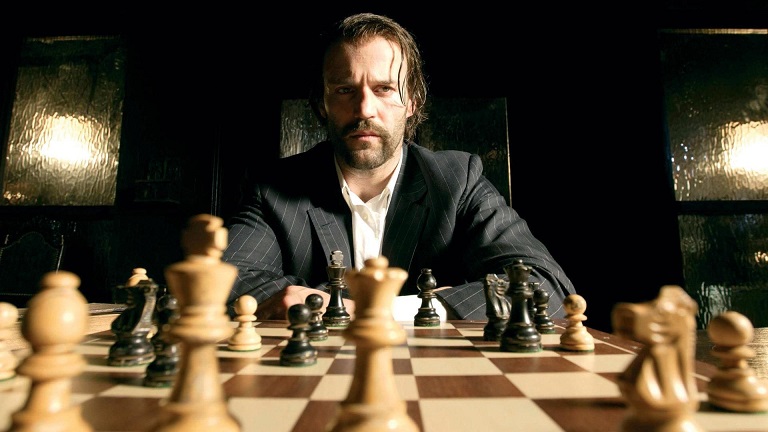 “Live your life like a game” (Raise your hand if you’ve heard this before). Below the surface of the apparently vacuous cliché, and beyond the obvious and widely-covered parallels between life and games, lie some useful considerations that I expose below.

Did you ever scratch your head over a tough Sudoku puzzle? Rush after the ball in a soccer match? Blast zombies in a video game? Have you never felt an overwhelming feeling of absurdness doing so? Filling up a grid of totally meaningless numbers, moving around a ball and pushing it through a net, staring at a mesmerizing screen feeding you virtual targets: These activities are objectively absurd. It is a fact, not merely a point of view.

When we play a game, we accept to follow arbitrary rules in an artificial world. We know, and are sometimes very aware, that games bear no special meaning whatsoever. We play games that have no remote link or relation to our lives. And although ephemeral and made-up, we often play games with utmost passion, concentration and commitment. Why? Why is one so focused on the absurd task of seeking 7-letter words? What makes us so compelled to take down space invaders? How come that we are so willing to trick ourselves into these artificial worlds, instead of doing something actually useful?

Is it for the simple sake of distraction, to escape our “real” lives temporarily? Is it for the fun and entertainment of games?

Games provide us with a very powerful thing that our “real” lives do not always offer: goals. Goals are the heart and soul of a game. They are what makes the game distracting and/or fun. A good game provides the player with a good goal. But what is a good goal? Here’s how to spot one:

Because the rules are known and the scope is limited, it is possible to quickly “get” the game, that is to understand its limits, to recognize its patterns and to learn the best ways to play it. It is possible to get around a game without even playing it. Watch enough soccer on television and you’ll be as knowledgeable as the players themselves. Life usually is much messier than that. Rules are too complex, objectives are unclear, our world too vast, so we never completely get the game of life, even after decades of playing it.

Very much like games, life bears little to no meaning, as enough philosophers have pointed out. We live our lives knowing very well that we’ll eventually return to dust. We fill sudokus like Sisyphus lifts his rock to the top of the hill. There sure is no point in getting there, but, as Camus said, “the struggle itself […] is enough to fill a man’s heart. One must imagine Sisyphus happy”. If the absurdness of life is the same as the absurdness of games, then perhaps what makes a good game can make a good life.

Goals in games are arbitrary. They are designed specifically to make the game good. Goals in life sometimes stem from passion (“I will collect stamps”), desire of glory (“I will be the boss of many people”), Utopian dreams (“I want to colonize Mars”), boredom (“Let’s have children” - just kidding here), moral standards (“I’m going to help starving children in Africa”), and many other sources of inspiration.

But even from our own subjective human point of view, where “helping starving children” definitely is a noble and meaningful goal, we might ask: Why do so few people actually commit to helping starving children? Seriously, reader: What is your excuse? You are aware that children are starving, yet you probably choose to ignore it and live your own life, as most people do. Why? It is not easy to find a convincing answer to this question. You might try “I’m too egoistic to do so”, or “I’m not strong enough”, or “I’d rather help people around me”. Fair enough. But there is another imperceptible reason why you may not have picked this goal in your life: Although unquestionably noble and meaningful, it is the opposite of a good goal.

It is unlimited in scope, and unbeatable: There’s clearly no end to the world’s poverty and misery. No end in time (it will go on long after you’re gone), no end in space (where should you even start?). You have very few degrees of freedom: There’s really not much you can do about hunger besides buying food for the hungry. It does not require specific skills, so you won’t have a special something making a difference compared to any other starving children feeder. Meaningfulness is just not what makes a great goal. “Helping starving children” is a striking example, but you can probably think of many other meaningful yet terrible goals. It goes the other way around exactly the same: Why did we build the atom bomb? Because we are evil? Because we needed it? No. We build the atom bomb because, although morally awful, it was an astonishing goal for the scientists at the time. They knew it was theoretically feasible, they knew that only very few people on earth could figure it out, they had all the degrees of freedom they wanted. Sadly, there is no way “helping starving children” could ever compete with that.

It should be clear that this is not a cynical point of view! This explains (but does not justify) why we choose to do particular things over others. We have all acquired the same basic moral standards. We can all tell right from wrong. Unfortunately, this is not what primarily guides our actions. Meaningfulness and morals can always be objectively questioned. But anyone can tell when he is good at doing something. (Fortunately, a goal can also be both very meaningful and great to pursue…)

Understanding the above really impacts the way you might look at certain things. I wish I had had this intuition earlier. Instead of looking for meaning everywhere, 20-year-old kids should be looking for good goals. I still remember the feeling of emptiness I felt when I found out I was accepted in Polytechnique. I remember thinking: “Why am I not any happier? I should be hysterical!” But I wasn’t. After two years of intense work to get in, I had just run out of a goal.

In the professional context, goals are (should be) everything. We work to have goals maybe even more than we have goals because we work.

In Airbus, employees have to pass the famous “Gallup test” regularly. They are asked a series of standard questions about how they feel at work. One question often yields below-expectation results:

Do you know what is expected from you at work?

Work is the place where you should constantly have clear goals and be pushed to achieve them. How is it possible that so many employees answered otherwise?

You want a job with great goals: 1) Clear objectives. 2) Rules that are known and understood. 3) Difficult but beatable. 4) Well suited to your particular skills. 5) Many degrees of freedom at your disposal. 6) Limited in time and scope. These are aspects you should confirm at your job interview. If you fall too far off these conditions, chances are you will grow tired of your job quickly, the same way a game loses interest when it proves unbeatable or somebody cheats.

When starting a business, you get to do one great thing: to set your own goals. By the end of this month I should have solved this problem. At the beginning at least you have a complete freedom in how to solve the problem, and you get to take a lot of decisions. This is very motivating and the result is that you work and think about your work all the time. Hearing this usually horrifies people, but it does feel great. Great enough that you do it without earning any revenues at first.

Should one leave a job to start a business? What if one fails? Indeed, there’s a large probability of failure when learning a new game… But what if there is an even larger probability of failure staying? (And by failure I mean: not achieving a great goal - So sitting on your butt at the office may be a failure). It’s goal against goal, and you may compare them point by point. What about the money? The money only matters if it’s needed to play a better game (needless to say that it is not a goal itself). Creating a startup to get rich is a bad idea. There are way better jobs out there to get rich (try financing, or strategy consulting). For me it’s rather the other way around: I would like to be rich so I could create many startups.

Life really does feel like a collection of games we assemble for ourselves. Becoming an expert at one might be just as good as playing many of them. Watch out for the boring or tedious ones, stay in your league, and just accept those games for what they are!